Our aim, along with our colleagues at the Crown Commercial Service (CCS), has always been the same: for buyers and suppliers to have one place to go to find what they need to buy to build world-class digital services. However, with a wider spectrum of services available, the ‘Digital Marketplace’ became a more accurate name.

A time to reflect

On the Digital Marketplace’s first birthday, I’d like to look back and talk about some of our progress. The programme gives public sector buyers the right tools and support to buy technology in a legally compliant way. It has also reduced the time it takes to buy digital services from months to days. 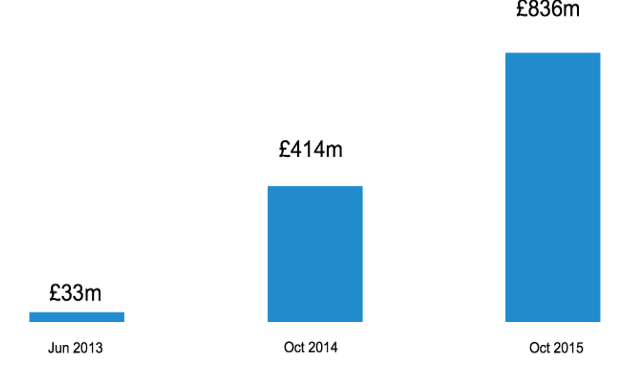 It's worth highlighting that:

Rapid growth since the beta launch

Since we launched the Digital Marketplace public beta a year ago:

Opening up the market

We’ve made it easier for suppliers of all sizes to work with the public sector. In September 2015, sales through the Digital Marketplace totalled £44 million, the second highest monthly sales ever. Half of those sales were from SMEs. We’re making it easier for innovative suppliers to win more work across the public sector through simpler application processes.

This diagram shows the growth and location of suppliers between 2009 and 2015. 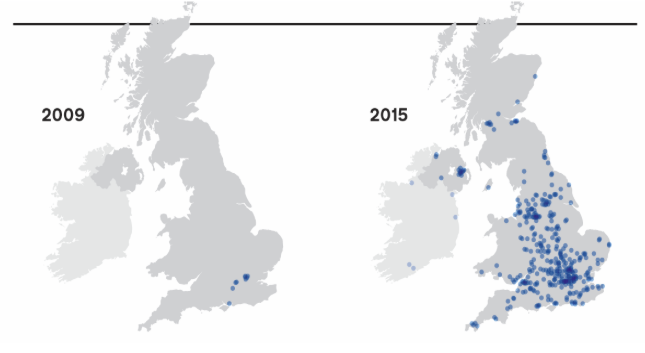 A new way of buying

In collaboration with CCS and the Government Legal Department, we’re working hard to make it simpler, clearer and faster for buyers and suppliers to deliver successful digital projects.

Part of this is making contracts simpler to understand and quicker to read to encourage smaller businesses to apply. We’ve spoken before about how we plan to create simpler, clearer contracts for the redesigned Digital Services (which has now been replaced by Digital Outcomes and Specialists). We’ve made a good start putting the legal documents into plain English, and we’ll continue to look at the complexity of the language.

Looking to the future

Over the coming year, we’ll build on the successes we’ve achieved and go further faster. We will:

Thanks from the team at Government Digital Service (GDS) and CCS for your support over the past year we look forward to the challenges and successes of the year ahead.